It’s the end of the week as we know it, and I feel…snarky 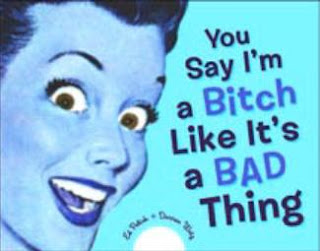 Before I go any further, I want to say happy birthday to Leonard Cohen, one of my favorite songwriters and poets, who turns 73 today. This is at least marginally relevant to my blog, for on numerous occasions, including in a 1973 poem, Cohen has alluded to "the flabby liars of the Aquarian age." He has sometimes used this reference during concerts, when introducing his song, "There Is A War."

About a thousand years ago, there was this brief period of about 11 or 12 minutes, that is now referred to as the sixties, a hated time, an intoxicating time. I enjoyed myself thoroughly for five or six minutes. It has become a kind of black hole in the sociological cosmos, a kind of Bermuda Triangle, into which all the noblest and worthwhile ideas disappeared forever. A seductive moment; however, being the gloomy chap that you know me to be, I was able to resist it. I think it was back in 1971 when it reached its most acute phase; it was then that I was inspired to write this mournful and bitter ditty in response to all the flabby liars of the Aquarian Age.

That was similar to the remarks he'd made at the Austin City Limits studio on July 12, 1993 (the day after a wonderful concert of his that I had attended at a charming outdoor venue called The Back Yard):

About a thousand years ago there was a very brief period of time that is now referred to as the 60's, [the] last eleven or twelve minutes before the hustlers and hoaxers poured in. And it has become a kind of "black hole" in the national Cosmos into which…all the noblest and fiercest aspirations of a generation sunk and disappeared in a kind of Bermuda Triangle of Idealism. And this is the song that I wrote many, many years ago when I refuse(d) that seductive invitation to join in a general celebration of another silly idea.

Which leads us right to today’s snipes. Or perhaps they are more accurately described as dog turds…

Portrait of the blogger as a female dog
Turns out I am the "bitch in the blog hut" in the counter-fable that showed up in the "comments" to my pal Blair Warren's "Mr. Amazing and His Magic Rocks" fable. The counter-fable is comment number 17. I remarked to The Rev yesterday that I was really sort of flattered, because I’ve never been in a fable before.

It’s really quite an honor.

I’m still trying to decipher all of the elaborate symbolism in counter-fable. What, for example, do the "chili peppers" really represent? And if I’m the bitch, who’s the dog? I do understand some of the allusions, of course. For example, as I noted in my previous post, Blair himself is the "persuader of men." And I think I might even understand the reference to making "many turds in LOA followers gardens," since a few of us have had some fun with a site called NetDisaster (though I prefer the cow turds, myself).

But I am still trying to figure out the meaning of those chili peppers. And there are numerous other puzzlements. In fact, given the obscurity of much of the fable, there is a good possibility the fabulist is a far deeper thinker than I. That’s why I can’t entirely agree with another pal of mine who said the counter-fable reads like a combination of the prophecies of Nostradamus and the ramblings of a crackhead. I think more studying is in order so that we all might reach a greater understanding. 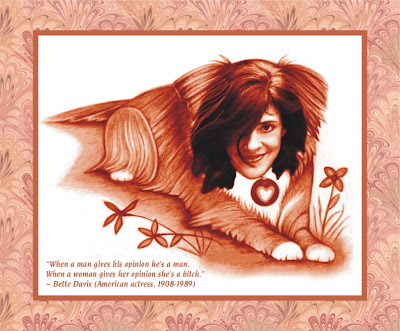 The SuckeR Club is officially launched
Dear Ones, it has gone beyond fireworks now. The teaser for the new and improved Science Of Getting Rich program has given way to the big introduction. And it is big. And long. But apparently only one man can apply to the program, and all of the other open slots are for women only. At least that’s what is implied in the opening blurb, introducing the star of the show:

That would be our Scientist Bob, who, along with Zormak Beckwith and Chicken Soup Canfield, is one of the Three Amigos from The Secret – three guys whose most abiding passion is to help you create wealth for them beyond their wildest dreams. But again, if you’re a man, hurry up, 'cos there only seems to be one slot open. It’ll be just you and all those women on the Ship Of Fools. Woo-hoo (with an emphasis on "Woo")!

Anyhoo, here’s the link to the SGR Introduction. (Once again, it’s full-screen video, and you have to press your "Escape" key to get out.)

Are you excited yet?

Hustledorks come in all stripes
Sometimes we forget that the New Wage comprises more than your run-of-the-mill chakra-balancing, pseudo-Buddhist, Secret-loving, Ascension-focused, conspicuously enlightened seekers. Much as many followers of Jesus are loath to admit it, a lot of the New-Wage mindset has crept into certain factions of contemporary Christianity. Combine Christianity with prosperity thinking, and you have, for example, Joel Osteen and his New-Wage Christian congregation at Lakewood Church in Houston.

But Osteen and his followers are really just the tip of the iceberg when it comes to prosperity-oriented Christians, as I was reminded yesterday when I came across a blog by a young Christian entrepreneur named Albert Surovik. Albert wants you to be everything God created you to be! And when you look at his sincere smile, how can you doubt it? I learned from Albert that the American economy is so healthy now because of Jesus H. Christ Himself. And you probably thought it was the Law Of Attraction, or all of the Ho’oponopono cleaning and the tapping you’ve been doing.

Interestingly, I found Albert’s blog through a link that appeared on Joe Vitale’s blog. But, I hasten to add, Joe didn’t have anything to do with it. This was the doing of the blog syndication network BlogRush, "the fastest and easiest way to instantly drive a flood of targeted readers to your blog…absolutely free!" Joe’s site is apparently set up with BlogRush.

When I went to Albert’s blog, I saw he was set up with BlogRush too. On his page I found several links to posts on various blogs, and the majority of them seemed somewhat Christian-related. And then there was one that said, "I’m a girl. Me suck you," or something like that.

I did not follow that link. I don't think Albert would approve.

Tilak has a defender
Finally, Sri Lankan clown mystic Tilak, former boyfriend of Secret creator and producer Rhonda Byrne, has a defender who sent a comment to my blog. Here’s the link to the post where her comment appears. At least this Tilak defender was civil, unlike most of the others I’ve heard from. I did suggest to her, however, that she might consider the possibility that her one experience with Tilak, which took place over two decades ago, might not be the whole story.

Well, that’s it for now. I’m going to go out in the back yard and roll in something foul, and then I’m going to come back in and dive face-first into a pile of work. See y’all next time!

Hi Connie,
Will keep you updated on anything new I find on the SGR Program or Bob.

Leonard Cohen is a Legend. Have you had the chance to see the movie on his life entitled " I'm your Man". Which also happens to be my favourite song by him. If you like Cohen you should listen to Michael Buble he really did justice to Cohen's "I'm your man" in his album Call me irresponsible.

Thanks, Dennis, for the SGR updates. Yes, LC is a legend, and no, believe it or not, I've not yet seen "I'm Your Man," for which there's no excuse, since it's been out on DVD for quite a while. I have some catching up to do. I'll also look up the Buble cover of "I'm Your Man" (one of my favorite LC songs too).

I'm going to purchase it, Dennis, but thanks for the offer anyway! :-)

The "I'm Your Man" bit is horrible. I am Cohen fan for 30 years and could not bear it.

Much better is the video from the 60's, Ladies and Gentlemen... Mr. Leonard Cohen.

Hi, Elsa: I've been a fan of LC's forever too. I have "Ladies and Gentlemen, Mr. Leonard Cohen" and I enjoyed it. I'm thinking I still might enjoy parts of "I'm Your Man." But maybe I'll just rent it first.


In my personal experience with LC, he would (1) as a disorienting question like "How old are you?" which I would answer factually; then (2) he would make a vague, emotional statement such as "My house is waiting for you" or "we're getting married" which would cause me to drift into a semi-trance, and then (3) he would imply he belonged to a spiritual movement or group that I could join and/or show allegiance to --

Every now and then I would thwart him at around (2) -- "you better put your money where your mouth is if you think we're getting married" -- and he seemed very insulted.

I would believe in his sincerity in the moment, because "why would he lie?" Later my critical mind would think "that made no sense." So I was only partially receptive but I saw other women grab the bait, sometimes with disastrous consequences as he used them as pawns against one another etc.

His statements about the sixties are so vague and almost meaningless, they cause people to imagine he is their Man. In fact he is a product of military mind control and espouses Satanic fundamentalism.

Just something to keep in mind --