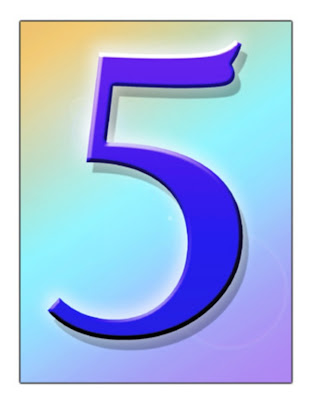 Yes, Dear Ones, today (besides being the kick-off for the summer gathering of the Training Liars Club... I mean Transformational Leadership Council... in Tucson, Arizona) is Whirled Musings' fifth blogaversary.

A whole half-decade is a long time in blog years. What began as a lark and grew to a snark has lasted longer than I ever thought it would back when I wrote that ever-so-brief initial blog post on July 27, 2006. The next day I wrote a slightly longer post, presenting a brief story of how I became so totally not-Cosmic... and then it just grew from there. (Note that some of the links on that second post are to my old Cosmic Relief site, which by the grace of SWBell.net has finally been relegated to Web Purgatory. Naturally, I have saved all the files, and the site will be reborn, though probably not immediately redesigned, under my own domain name as soon as I can get some time to do it.)

People ask me all the time why I continue to blog about the stuff I blog about when I could be spending my time on more "productive" pursuits. Some express grave concern that I am wasting my incredible talents. Others point out that I am just giving my snargets (snark targets) more "power" and certainly more publicity, and after all, according to the Hustledork Playbook, there's no such thing as bad publicity.

Curiously, I've noticed that almost all of the people who ask me why I blog, or who spill crock-odile tears for my tragically squandered gifts, or who claim that I am only empowering my snargets, are those who apparently have financial and/or emotional ties to the people and/or ideas I snark about. It's amazing that they can be so open-minded and caring. I guess they really are as full of Love and Light as they often claim to be, even those who occasionally send me obscenity-laden comments and death threats.

Anyway, I want to extend a great big thank you, especially to those of you who do understand why I blog, but also to those who pretend not to. I deeply appreciate your participation on my wacky Whirled.

And if you're sentimental...

Traditional: Wood (stop snickering, Ron.)
Modern: Silverware (I already got some.)
Blogospherian: Donations in U$D (a little old-fashioned, but always appreciated. Here's a little poem to inspire you.)

Posted by Cosmic Connie at 10:58 AM 18 comments: Links to this post

Labels: But enough about me..., Donation solicitation

July 25: a day for remembrance 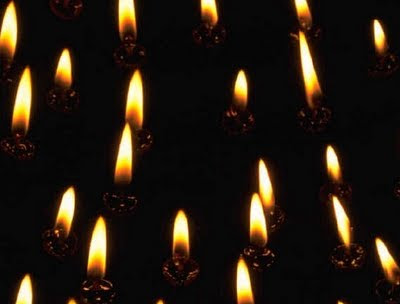 Today, July 25, was supposed to be beginning of the sentencing hearing for James Arthur "Death" Ray, who was convicted June 22 on three counts of negligent homicide for the fake-sweat-lodge deaths of James Shore, Kirby Brown, and Liz Neuman in October 2009. However, due to numerous stall tactics from the defense, hearings won't resume until August 16. The defense has been clamoring for a new trial, hysterically claiming egregious misconduct by the prosecution. However, the State says there is no merit to these claims.


July 25 would have been a fitting day to see Death Ray back in court, because it was exactly two years ago on this date that yet another of his victims, Colleen Conaway, lost her life during a Ray event in San Diego. Supposedly Colleen leaped to her death from a third-story balcony in a San Diego mall. When Ray found out about it, he and his minions apparently took great pains to cover it up, and the event, as well as the post-event parties, went on as usual. While the legal system has yet to demand or deliver justice for Colleen, there are many who will not let her name be forgotten. Salty Droid in particular has done a fine job documenting Colleen's story and trying to fill in the pieces of a puzzle that may never be completely solved.

July 25 is a sad day for another reason too: It was the day in 2005 that Houstonian Michael Scinto's father and sister found him dead, "rotting in his apartment from a self-inflicted shotgun wound to the head," according to an October 2007 article in the Houston Press. Michael was apparently another New-Wage/LGAT (Large Group Awareness Training) victim, having been bullied, harassed, and just generally traumatized at a New Warrior Training Adventure event sponsored by the ManKind Project, aka MKP. Though MKP isn't as big or rich an operation as some in the New-Wage/McSpirituality industry, it is arguably one of those most responsible for the aggressive appropriation of Native American rituals by privileged white folks. MKP was holding wilderness weekends featuring phony sweat lodges, talking sticks, and other Indian-inspired stuff back in the mid-1980s, when Death Ray was still a two-bit telemarketer.

Michael Scinto's family filed suit against MKP and settled out of court in 2008. Apparently his death -- or rather, the hell his family raised -- did prompt MKP to change some of their practices, and they've also devoted a lot of space on their Web site to neutralizing the horrible publicity. Here, in case you haven't read it yet, is a link to my very long blog post about MKP.

Meanwhile, it remains to be seen if there will be justice for James Shore, Kirby Brown, and Liz Neuman. I guess we'll just have to wait until August to find out.

Posted by Cosmic Connie at 3:29 PM 16 comments: Links to this post

Arizona in the spotlight: Training Liars Club bound for Tucson, and a call to help stop Death Ray 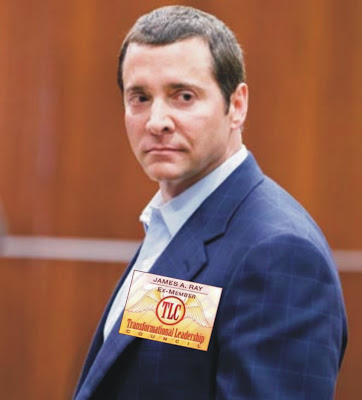 Oh, good Goddess. July is more than halfway done, and I have yet to publish a new post this month. Once again I've been busy with work, with tending to the comments on existing threads, and with hanging around Salty Droid's blog. So let me begin correcting this month's NPD (new post deficit) right now.

This morning I was thinking about Whirled Musings Day, the upcoming anniversary of my blog, which is July 27. I also remembered that Whirled Musings Day always falls around the same time as the semi-annual meeting of the Transformational Leadership Cartel...I mean...Council, aka the TLC, aka the Training Liars Club (thanks to my pal Duff McDuffee for coming up with that one).

In case you aren't familiar with the TLC as viewed on my Whirled, here are two posts to get you up to speed:

As it happens, the first day of the 2011 TLC summer conference is July 27, the precise day this blog turns five years old. This summer the TLC party will be in Tucson, Arizona.

This will be good news to some who may have been disappointed about the cancellation of Stompernet LIVE 11, that famous confab for IM scammers, as reported on Salty's blog. Despite the apparent demise of Stompernet (they don't frame it as a demise, of course), all is not lost in Huckster Heaven. There's still life in the TLC, a fine group of folks with a similar mission of transforming the planet into a place where hustledorks and hustledorkesses can continue to rake in millions and live in gated communities while nearly everyone else struggles for essentials.

The hype goes on forever, and the party never ends.

Now, I would love to go to the TLC conference but, alas, I am not invited. But maybe you can become a member and get invited. Or perhaps even if you don't get a coveted invitation, you can still find a way to get to the meeting venue and, you know, hang around.

I found some details about the event here, on TLC founder and Chicken Soup entrepreneur Jack Canfield's Web site.

As of now there is a Google Map on the event announcement page, pointing to an area that appears to be east of North Country Club Road and north of East Broadway Boulevard in Tucson. Or maybe that's just a generic map of the Tucson area, and the pointer is on an area in the center of town. I imagine that the TLC event planners want to keep any more detailed information top seekrit so they won't get, you know, sign-carrying, pamphlet-distributing protesters at their event. But perhaps those of you who will be in the area around that time can figure it out, if you're interested.

The page I linked to above contains a link to follow if you actually want to be invited to attend the Transformational Leadership Council meeting. Of course you have to be a member in order to attend the exclusive meetings, and for that you have to be invited by a member in good standing. As noted above, however, there's also a link to contact event creator Andrea Haefele. Maybe she can sneak you in through the back door. If you do get invited and you happen to go, be sure to tell everyone hi from Cosmic Connie. Tell them I want to know why the TLC folks have not ever made a public statement about their ex founding member, James Arthur Ray.

And now we come to
the really important part of this post.
Speaking of Death Ray, as you probably know, the trial saga in Yavapai County, Arizona, is on hold. This coming July 25 will be two years since Colleen Conaway died at the James Ray event in San Diego. That was the day originally scheduled for the sentencing of Ray, who has been convicted of three counts of negligent homicide. But the defense has continued its usual stall tactics, such as filing a motion for a new trial, and the sentencing has now been pushed back to mid-August. (Here is a link to a PDF of the motion for a new trial.) Meanwhile, the Ray camp -- those of them that are left -- have been orchestrating a letter-writing campaign, calling for people who have been "helped" by James Ray to write letters that the defense can give to the judge to help sway his decision.

Earlier this month Salty Droid wrote about it here. Around the same time, LaVaughn also wrote a fine post on her Celestial Reflections blog. In addition, if you're on Facebook you can get updates on Connie Joy's Tragedy In Sedona page.

One focus of LaVaughn's post is a poignant piece written by a former James Ray fan, Jeanne Barkemeijer, who was, to put it mildly, shocked and disillusioned by Ray's boorish behavior and mercenary manner when she met him. Her post about this incident is here, and I urge you to read it if you haven't already.

And then I urge you to do whatever you feel drawn to do to spread the word about James Ray's character, or apparent lack thereof. Join the counter-letter-writing campaign to help ensure justice for Ray's victims. Need suggestions? In a subsequent blog post, Jeanne offers suggestions and contact information.

This is important stuff, folks. And I'm long overdue in adding my call to action about this matter.

I will say, for the record, that I generally remain opposed to handling the problem with more laws and regulations (see my long post about that here). However, I do feel that the selfish-help industry needs closer scrutiny, there should be more transparency, and existing remedies should be enforced.

I certainly believe at this point that James Arthur "Death" Ray should no longer be allowed into any position where he can manipulate people, take their money, and endanger their health or their lives. Whether he ends up in an orange jumpsuit or not, I think he should never be allowed on a stage again, unless it's to scrub it or paint it. I hope the judge makes a decision that the friends and family of James Ray's victims can live with.

That's it for now, Dear Ones; I'll be back later this week with more stuff to help make up for the July deficit.

Now get to your own writing!

Posted by Cosmic Connie at 8:40 PM 7 comments: Links to this post